Booking directly supports local livelihoods, saving our small businesses
as much as 25% in fees - thank you!

Booking directly supports local livelihoods, saving our small businesses
as much as 25% in fees - thank you!

Winter Adventure on the Isle of Skye

The Cuillin Isle of Skye

The Cuillins are some of Britain’s most majestic peaks, placed smack bang in the centre of Skye. During the winter months the highest points are shrouded in snow clouds, and layer-by-layer, month-by-month, the powdery white snow slowly compacts onto the rock beneath. The peaks become almost completely white, with occasional glimpses of the dark jagged gabbro.

The entire range is transformed into a true alpine environment – a playground for the fittest and most confident of climbers. For those used to bouncing up on to the ridge in summer, the winter morphs the iconic peaks into new, unrecognisable shapes – ripe for exploring. 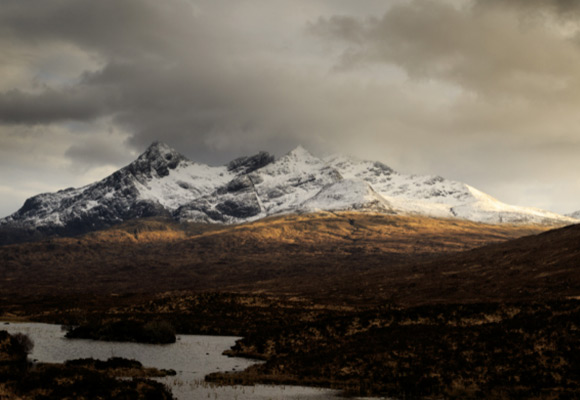 Planning a Winter trip to Skye? Why not stay at the Luxurious House of Juniper

Skye Adventure offer a range of options: from a guided walk to ensure you take the safest route, to a day spent mountaineering and climbing under closer, more instructional guidance from their expert team. If you are on a munro bagging mission, why not add in the extra challenge of bagging one of Skye’s eleven munros in winter conditions – an impressive feat with dazzling, unforgettable views.

If you feel you need to practice before you tackle The Great Stone Chute under metres of snow, Skye Adventure have set up a climbing wall in Portree – head over to their website to book a spot! Also a great day out if weather conditions aren’t safe enough for an expedition up the hills themselves. 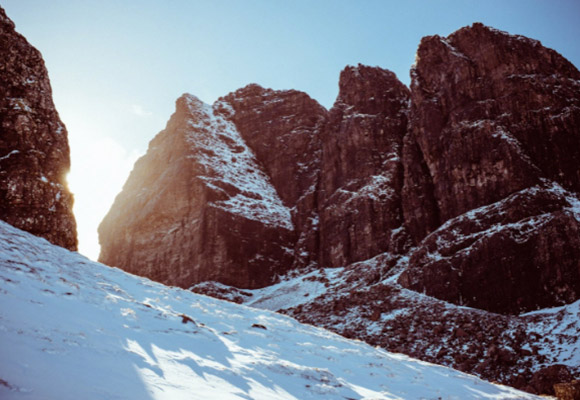 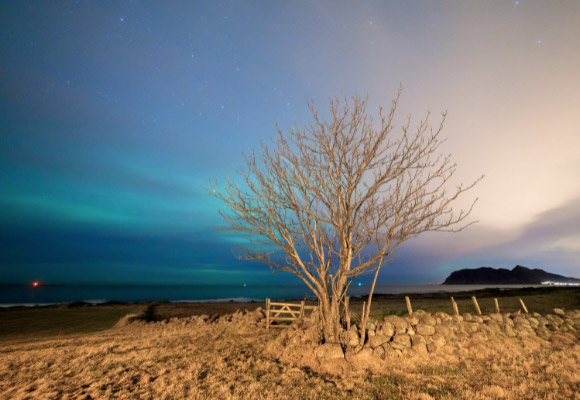 If you’re lucky, a clear winter night (often closing in at around three in the afternoon) will follow a clear day up the hills (it’s unlikely you will be heading out during a blizzard!) – and clear nights on Skye occasionally mean glimpses of the elusive Aurora Borealis.

The unnatural greens and purples dancing against the backdrop of the Black Cuillins is a truly magical sight: and in the peace and darkness of Skye out-with the tourist season, chances are you will catch it in solitude. Just make sure and take a camera – or your friends may not believe you!

MySkyeTime was created for SkyeConnect CIC